With several wins, including one Major, ARGOLF has proved itself to be a fierce competitor in the golf club space. After experiencing great success in the putter market, ARGOLF has released its first set of irons: AR-F18 Forged Cavity Back Irons.

The AR-F18 Forged Cavity Back Irons feature a slightly larger blade that feels reminiscent for many golfers of the original blades irons we all once knew and loved. Its medium-width sole is slightly cambered and adds an extra bounce that allows for optimum performance on all turf conditions.

The AR-F18 Forged Cavity Back Irons are forged four times from S20C Steel and are cavity and face milled with CNC. A lower center of gravity in the irons allows the player to swing the club more easily with optimum stability and control. Lamkin 360 Crossline grips provide an unmatched feel and comfort. The AR-F18 Forged Cavity Back Irons are available in your choice of KBS 105 Tour steel shafts for the ideal blend of feel and performance, or UST Recoil ESX graphite shafts for a higher trajectory. 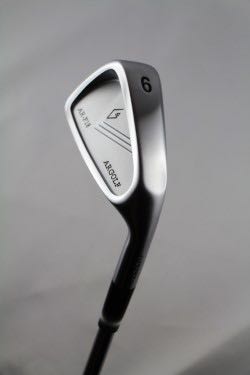 ARGOLF putters and irons are designed and assembled in the United States. Custom milled in the heart of historic Brittany, France, each ARGOLF putter is named after an Arthurian legend. Intersecting art and industrial design, ARGOLF features the same technical precision as found in the aeronautics industry, guaranteeing the putters’ exceptional performance, accuracy, quality and visual appeal. Tested and used by tour players worldwide including PGA Champions Tour Tim Petrovic and Lucas Glover of the PGA TOUR, ARGOLF has collected two wins within its first two years on the professional Tour, including one Major.

The clubs are available at select authorized clubfitters

Read the full article on the PGA Magazine website.